GET TO KNOW PHOENIX RISING FC BEFORE SATURDAY'S MATCH 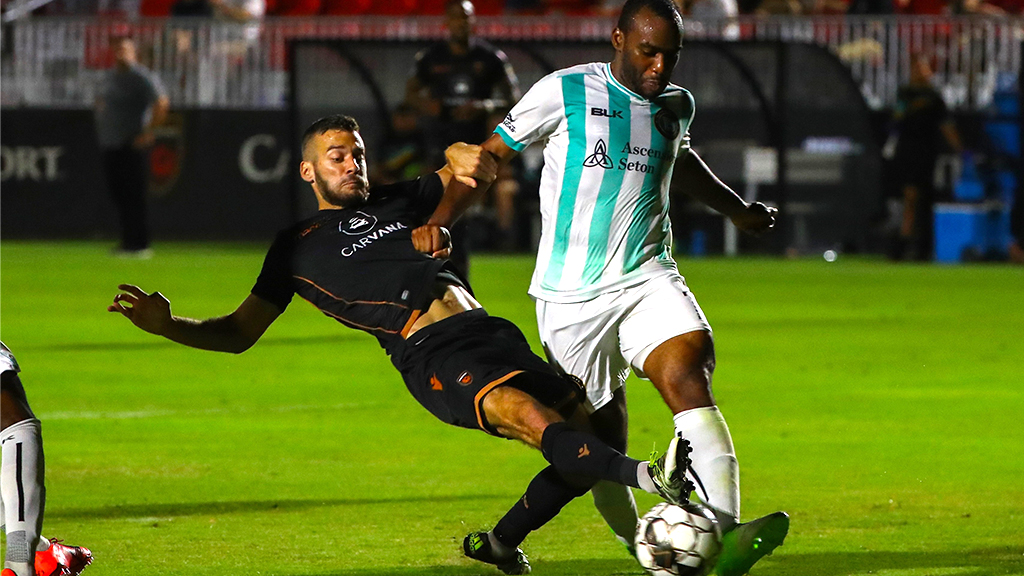 Austin, TX (October 25, 2019) After a 2-0 win against LA Galaxy II, The Bold advance to the next round of the USL Championship Playoffs to take on Phoenix Rising FC at Casino Arizona Field. Phoenix is the team to beat in 2019, breaking the USL Championship record of consecutive wins with 20. The Bold can take confidence in the fact they were one of the four teams capable of beating Rising FC this season.

Last Wednesday, The Bold put in an impressive performance against LA Galaxy II in the USL Championship Playoffs play-in round. Austin outshot G2 14-11, intercepted ten passes, and had a 72.2% tackle success rate. A catalyst for the dominant display was midfielder Xavi Baez. Playing in a wider role than usual, Baez set up Ema Twumasi’s goal and created four chances with 25 total passes.

After a slow start, Phoenix defeated Rio Grande Valley FC 3-1 on May 10 and didn’t look back. The Arizona club would go on a 20 game winning streak, till a 2-1 loss to Fresno FC on September 21. Their final five matches showed glimpses of potential weak points. Phoenix finished with a 2-2-1 record.

Rising FC ended the season on top multiple USL Championship lists. Most goals (89), Golden boot winner (Solomon Asante-22), most assist (Asante again with 17), and points (78). Even with these impressive stats, Bold players shouldn’t enter the match without confidence. Phoenix has only lost four games all season. One of them was a 1-0 defeat to The Bold at Bold Stadium. On that day, a USL Championship Goal of the Week Sonny Guadarrama curler put Austin on top.

Get to know Phoenix Rising FC by the numbers.