THE BOLD PUNCH THEIR TICKET INTO THE USL CHAMPIONSHIP PLAYOFFS 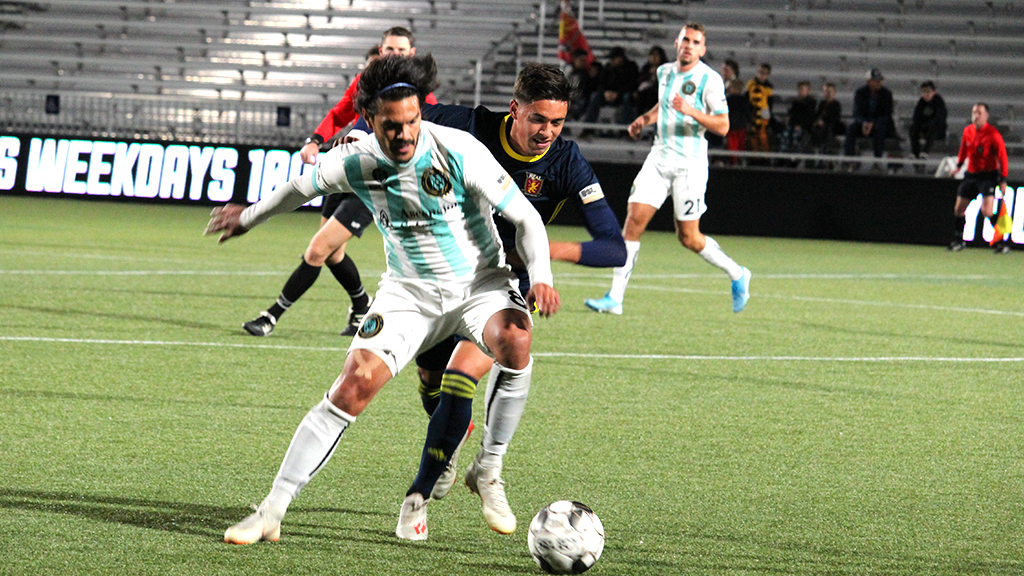 The home side jumped out to an early lead in the 5’ with a Vazquez goal. The Bold backline struggled to defend a long ball from Luis Arriaga, giving Vazquez time to tuck away a left footed shot from the left side of the box to the bottom right corner.

Austin responded quickly through Twumasi in the 18’. After a Monarch attack, Josue Soto’s clearance landed to Twumasi near the center circle. The striker flicked the ball towards Lima, who flicked it back. Twumasi beat two SLC defenders to cooly score a right footed shot into the bottom left corner past Monarchs goalkeeper Andrew Putna.

Dopka awarded a penalty to SLC in the 23’ minute after Blake drew a foul from Sean McFarlane JR. Blake took the ensuing penalty, and Restrepo saved his right footed shot to the center of the goal.

Real Monarchs SLC took the lead for the second time of the night with a 55’ Coffee goal. Steve Jasso sent a looping ball from midfield to Coffee. The second half substitute was able to evade Bold defenders in the box and put a left footed shot into the back of the net.

Two minutes later, Andre Lima equalized for The Bold again. McFarlane beat two Monarchs defenders on the dribble near the corner flag and delivered a cross for Lima to nod past Putna. The goal was Lima’s 14th of the campaign and McFarlane’s 12th assist.

In the 86’, Kleber and Maikel Chang got tangled up fighting for a loose ball. Dopka issued a red card to Kleber for the incident, reducing The Bold to 10 men. Austin held off SLC in the final minutes to secure a road point and a spot in the USL Championship Playoffs.

After the match, Head Coach Marcelo Serrano spoke on the team’s accomplishments making the USL Championship Playoffs in the inaugural season.

“It feels amazing. Congratulations to the ownership, the front office, the players, and the coaching staff. This was our objective this year to come and go to the playoffs. We did it with one round before ending the season. I’m happy we found a way to play on the road at the end. We’ve been competitive, and right now, we still have one more game. It will be like a final for us to try and get the best spot in the playoffs, but today will be a time to celebrate what we have done.”

Defender McFarlane contributed his success as team assist leader to the rest of his teammates.

“Without my forwards to score, I can’t assist. So I give them all the credit there. Even though a lot of the hard work comes through the build-up, but I give credit to the goalscorers.”

Restrepo celebrated the playoff berth but has his eyes on the next game.

“It was very positive result. It was a hard game. The team reacted well, obviously coming from behind both times. We’re excited we made the playoffs, and now it’s a new season.”

Next up, Austin Bold FC head to Cheney Stadium to finish the 2019 USL Championship season as they take on Tacoma Defiance on Saturday (10/19) at 9:00 PM. Watch this match, and every USL Championship match, on ESPN+!