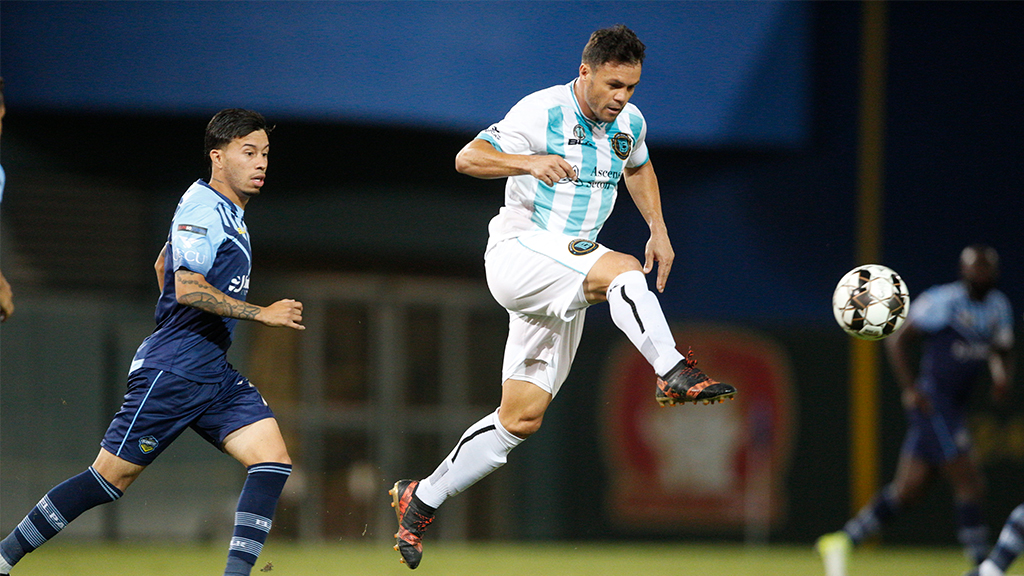 Austin, TX (October 10, 2019) Austin Bold FC drew El Paso Locomotive FC 1-1 at Southwest University Park in El Paso, TX. An aggressive first half interrupted the flow of the match and limited chances for both sides. El Paso scored first when referee Pierre-Luc Lauziere awarded a penalty, and Sebastian Velaquez converted from the spot. Bold forward, Andre Lima found a late equalizer for the visitors to draw the match level. Neither club clinched a USL Championship playoff spot with the draw but took a step closer to guarantee postseason soccer.

Aggressive play and fouls from both Austin and El Paso caused an inconsistent first half. Lauziere whistled for 19 fouls (Austin: 11. El Paso: 8). Bold goalkeeper Diego Restrepo stopped El Paso's only first-half shot on target in the 22', when Jermone Kiesewetter's left-footed attempt was parried away at the near post.

The home side struck first in the 76' when Velaquez scored from the penalty spot. Lauzierre awarded El Paso a penalty for a Sean McFarlane Jr tackle on Kiesewetter. Velaquez converted with a left footed shot to the bottom left corner.

The Bold equalized five minutes later in the 81' through Lima. McFarlane delivered an inch-perfect cross to Lima at the back post. Locos goalkeeper Logan Ketterer couldn't stop the Brazilian forward's left-footed shot to the bottom right corner.

Both sides couldn't find a game-winner and ended the night with a point each. The result takes Austin Bold FC one step closer to clinching a USL Championship playoffs.

After the match, Bold Head Coach Marcelo Serrano spoke of his team's depth in a challenging game.

"We didn't have Edson (Braafheid) today. We didn't have Xavi (Baez) today. Two players that have regularly played as starters. Josue came in tonight and played well… Calum (Mallace), for a while, did not play and held Xavi's spot very well."

Bold striker, Lima,  spoke of the significance of the draw.

"It's a very important result for our pursuit of being the fourth place team in the regular season and sets us up for a good position in the playoffs. We now have two more important games that I think we can win."

Next up, Austin Bold FC head to Zions Bank Stadium to take on Real Monarchs SLC on Wednesday (10/16) at 8:00 PM. Watch this match, and every USL Championship match, on ESPN+!