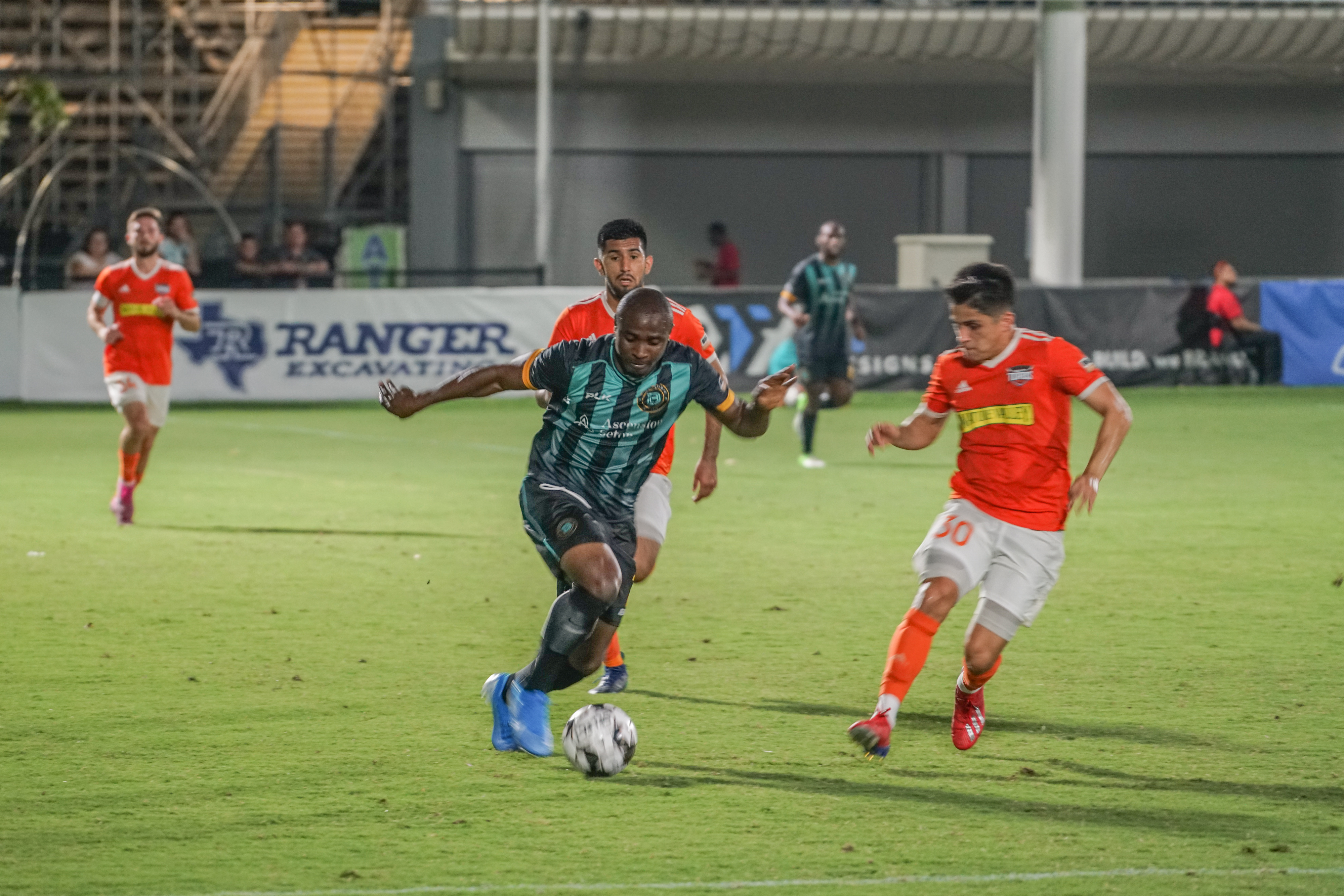 Austin, TX (September 1, 2019) Austin Bold FC won the Copa Tejas at Bold Stadium after a 3-0 win over local rivals Rio Grande Valley FC on Sunday night. Copa Tejas is a supporter created trophy to crown the best Texas side in the USL Championship. The Bold took a first half lead with an Ema Twumasi goal. The Toros were reduced to ten men after goalkeeper Nicolas Corti was issued a red card for a handball. Second half goals from Andre Lima and Promise Isaac sealed all three points for Austin’s Own.

The Bold took the lead with a 33’ Twumasi goal. Near the center circle, Kris Tyrpak flicked an Edson Braafheid pass onto a streaking Thomas de Villardi. The Bold midfielder shrugged off RGV defenders to deliver a low cross to the penalty spot for Twumasi to slip a left-footed shot passed Corti to the bottom left-hand corner.

The visitors were reduced to ten men when referee Kevin Broadley issued a red card to Toros goalkeeper Corti for a handball infraction after coming outside the box to stop a Twumasi attack.

Lima doubled The Bold’s lead in the 60’ with his eighth goal of the season. RGV goalkeeper Ben Willis parried away a Tyrpak cross. Willis’ deflection looped in the air for Lima to smash home a right footed shot from close range. Austin found a third late in the match when Isaac nodded home a George Acosta corner in the 87’. Austin Bold FC ended the night with all three points and lifted the Copa Tejas trophy, their first piece of silverware in franchise history.

After the match, Austin Bold FC Head Coach Marcelo Serrano spoke of the confidence boost for the team after the Copa Tejas win.

“It’s a confirmation that the players are on the right track. Our values are important. We’re about people first and loving other human beings. It shows that if we stick to these values and our gameplan, then we’ll win”

The Bold are back at Bold Stadium on 9/11 to take on Sacremento Republic FC at 7:30 PM CT. Get your tickets here!