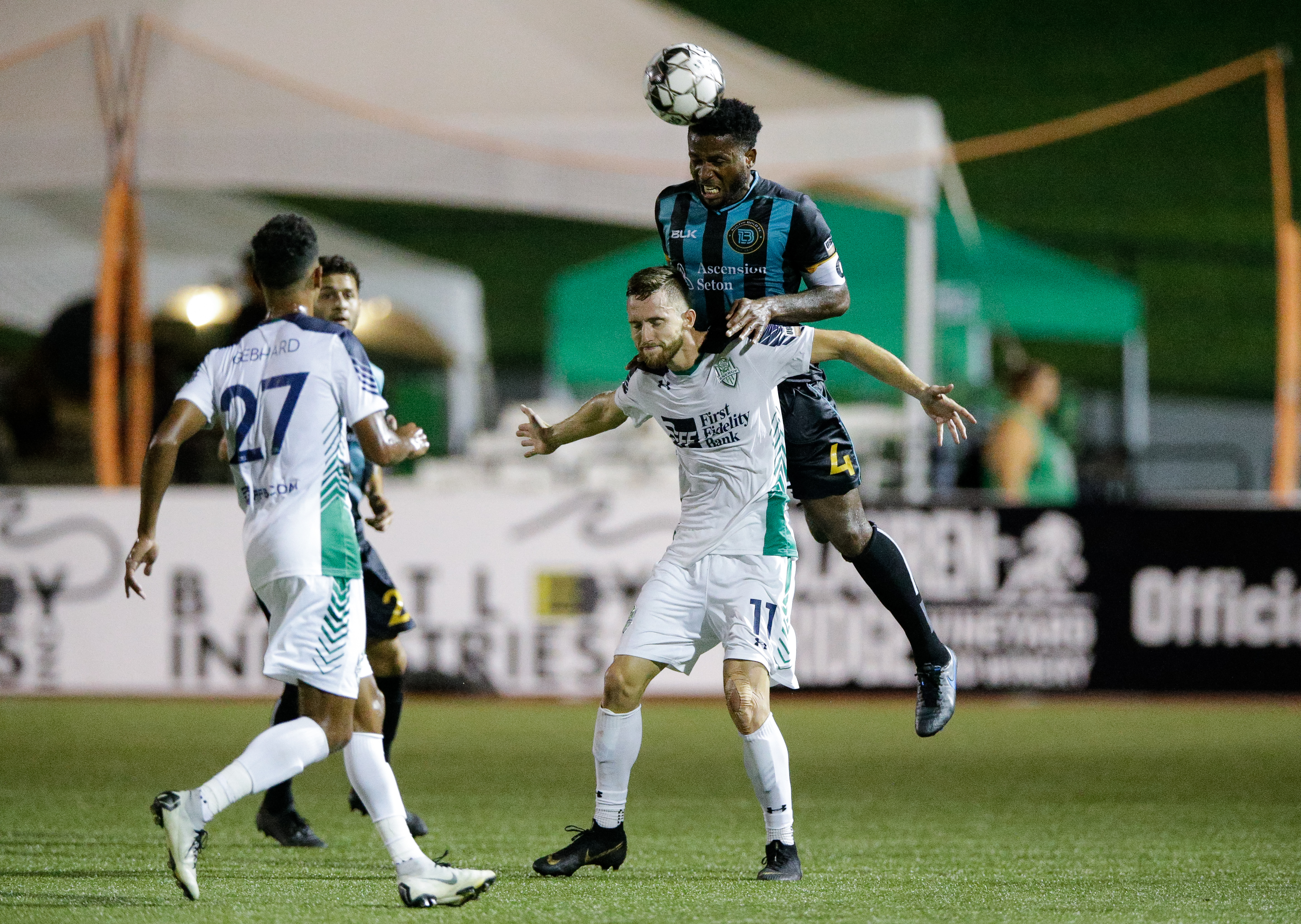 Austin, TX (August 24, 2019) Austin Bold FC fell to OKC Energy FC 4-2 at Taft Stadium in Oklahoma City on Saturday night. The home side controlled the first half with a 4-0 lead before the halftime whistle with goals from Rafael Garcia, Christian Eissele, and Deshorn Brown. The first of the night came from an Andre Lima own goal. The Bold chipped away at OKC’s lead with goals from Kris Tyrpak and Faris Abdi, but couldn’t find enough firepower to draw the match level.

OKC Energy FC got on the board first through a Lima own goal in the 24’. A set-piece delivery by Garcia was redirected into the back of the net by Lima in an attempted clearance. Garcia scored himself three minutes later with a right-footed freekick to the top left corner from outside the box.

The home side’s third of the night came in the 30’ after an attempted clearance of a Je-Vaughn Watson cross from The Bold defense found a streaking Eissele. The Energy midfielder’s right footed shot from the center of the box to the bottom left corner went past Bold goalkeeper Juan David Ramirez. Brown scored OKC’s fourth in the 42’ after latching onto an Atiba Harris through ball and chipping it over Ramirez.

The Bold came out aggressive in the second half creating multiple chances. Austin was awarded a penalty 60’ after Tyrpak was brought down in the box. A Cody Laurendi save prevented Lima from converting the ensuing penalty.

In the 77’, Tyrpak scored The Bold’s first. An early Sean McFarlane cross connected with Tyrpak at the back post. The Dripping Springs native’s left footed shot from the left side of the six-yard box to the center of the goal slipped past Laurendi. Abdi hit a 30 yard left-footed shot past Laurendi in the 88’ for The Bold’s second and his first of the season. OKC Energy FC’s early lead was too much for The Bold and the home side finished the night with all three points.

After the match, Abdi spoke about scoring his first goal for The Bold and the disappointing result.

“It was good to get my first goal, but it was not the result we wanted. It’s tough coming to a place like this and playing on a different surface, but that’s not an excuse. Hopefully, we can do better next time.”

The Bold are back at Bold Stadium on 9/1 to take on Rio Grande Valley FC at 7:30 PM CT. Get your tickets here!