THE BOLD SUFFER FIRST DEFEAT SINCE MAY 25 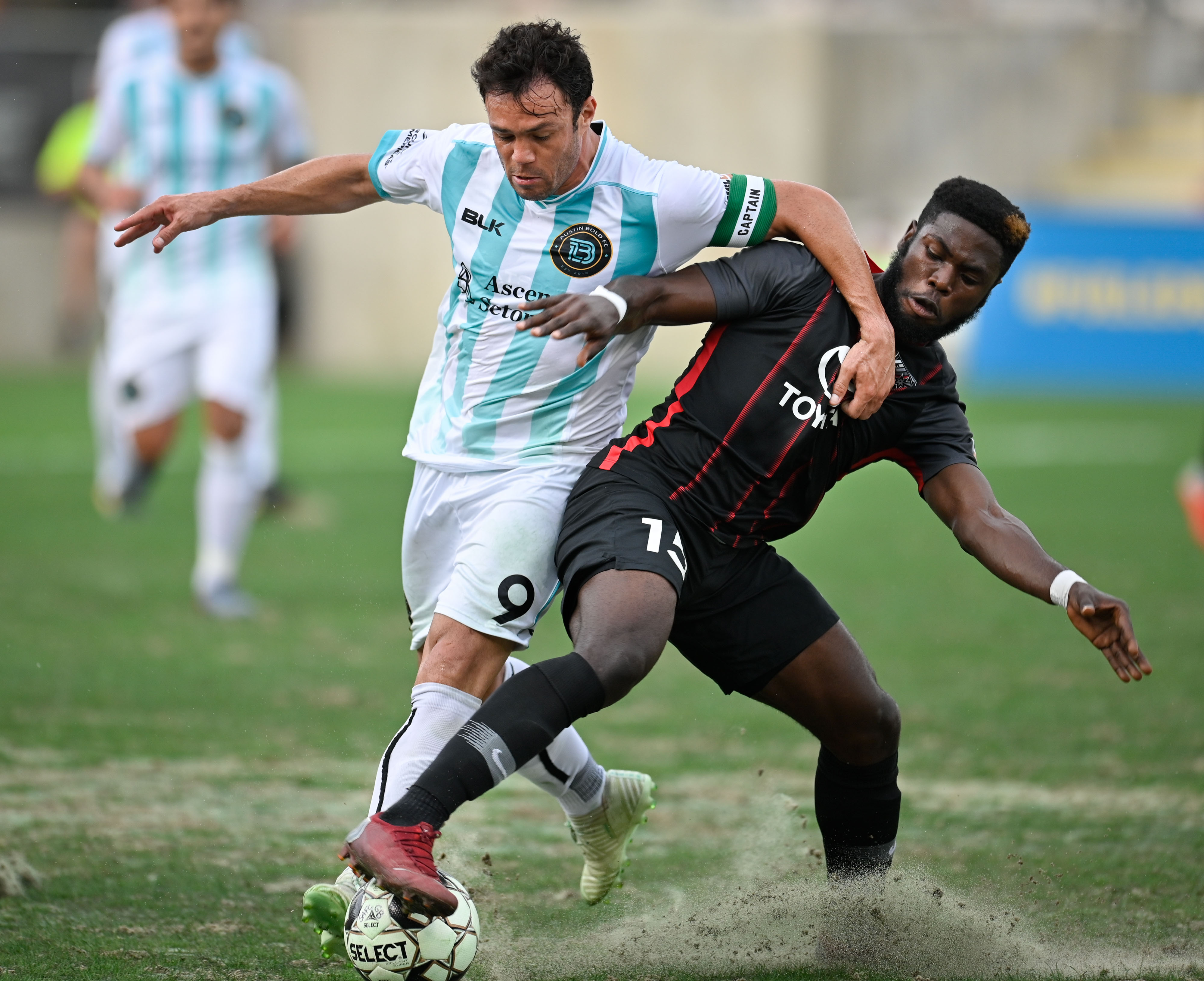 Austin, TX (July 3, 2019) Austin Bold FC fell to San Antonio FC 3-0 at Toyota Field in San Antonio, TX on Wednesday night. An early own goal from Amobi Okugo gave SAFC the advantage going into halftime. The home side extended their lead in the second half though Billy Forbes and Christian Parano. Tonight's result is The Bold's first league defeat since their 1-3 loss to New Mexico United in Bold Stadium on May 25 and the first game without a goal since May 22 against Fresno FC.

San Antonio FC got on the scoresheet first through an Okugo own goal in the 8'. SAFC midfielder Brandon Jamieson drove at The Bold defense and delivered a low hard ball across goal. In a clearance attempt, the Austin defender redirected the shot past goalkeeper Diego Restrepo to give San Antonio a 1-0 advantage going into the half.

A Forbes goal in the 50' quickly doubled the home side's lead. Jamieson found Forbes on the left wing, who cut inside for a right footed shot from the center of the box to the bottom right corner of the goal.

Parano scored SAFC's final goal in the 70'. Second half substitute Walter Restrepo cross-field ball landed to Forbes, who pinged a difficult pass to Parano. The San Antonio midfielder did well to control the ball and slotted home a right footed shot to the bottom left corner of Bold goalkeeper Restrepo's goal. San Antonio FC finished the night with three goals and all three points.

"I believe the pitch had a lot of influence on the match. It was really hard to play when you have to play 80% on the sand. I want to say 'good job to San Antonio,' they knew how to play in these conditions. Some of their players did very well in individual battles. That's all you do when you play on fields like that."

Austin's Own is back home on Saturday, July 13th at 7:30 PM CT against Orange County SC. Get your tickets here to cheer on The Bold!