JOSUE SOTO NAMED TO USL CHAMPIONSHIP TEAM OF THE WEEK 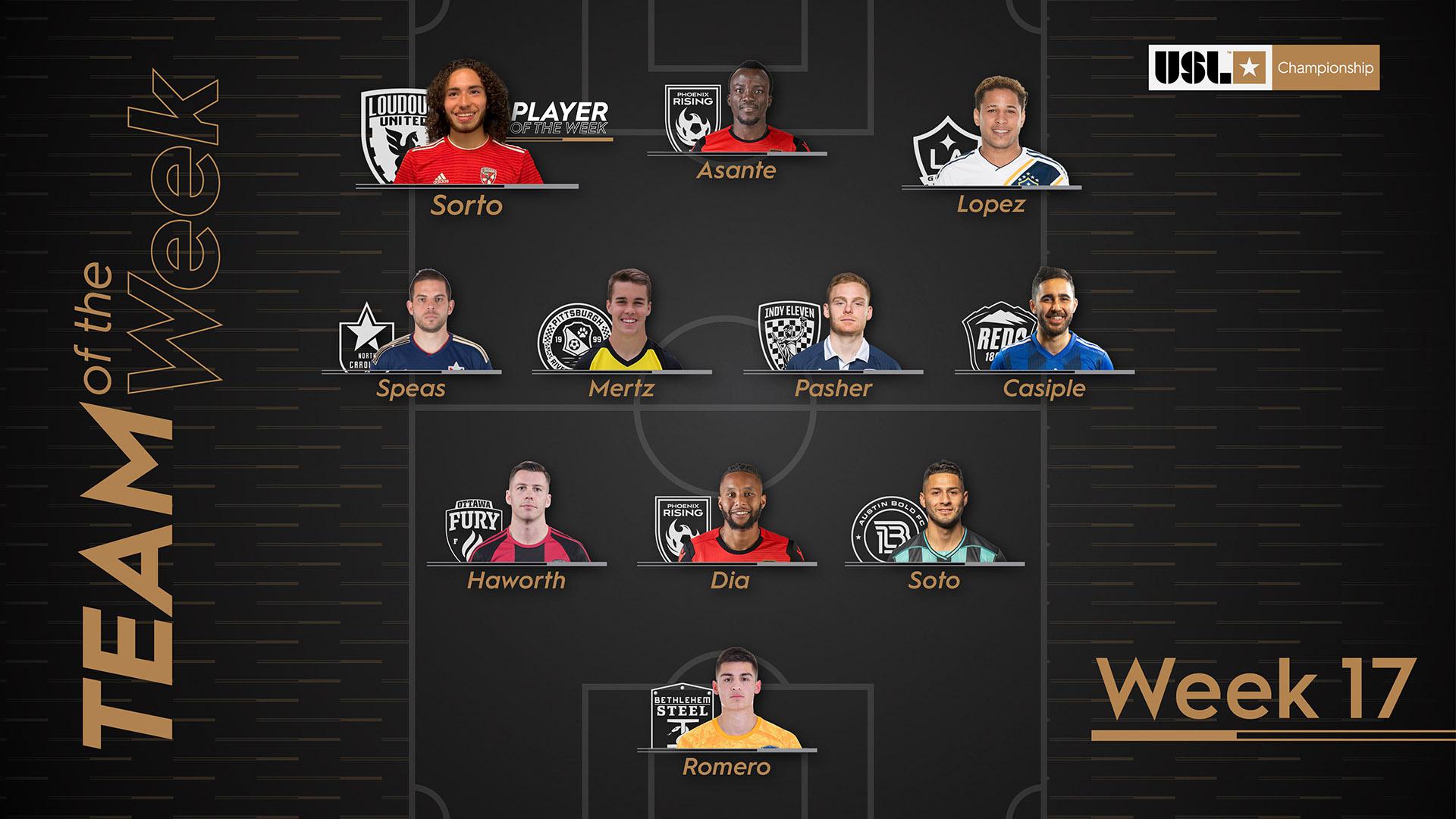 Austin, TX (July 2, 2019) Austin Bold FC defender Josue Soto was recognized for his performance on Saturday night against Colorado Springs Switchbacks FC by being named to the USL Championship Team of the Week. Soto recorded a pair of assists, completed 25 of 29 passes and made two recoveries and three clearances in The Bold’s victory against the Switchbacks

The full Team of the Week is below:

D – Carl Haworth, Ottawa Fury FC: Haworth had two goals and one assist as Fury FC took a 3-2 victory against the Charleston Battery to remain strongly in the Eastern Conference postseason chase.

D – Amadou Dia, Phoenix Rising FC: Dia scored a pair of goals – including a stoppage-time game-winner – as Rising FC rallied for a 4-2 victory against the Portland Timbers 2 on Saturday night.

D – Josue Soto, Austin Bold FC: Soto recorded a pair of assists, completed 25 of 29 passes and made two recoveries and three clearances in Bold FC’s victory against the Switchbacks on Saturday night.

M – Robbie Mertz, Pittsburgh Riverhounds SC: Mertz scored a pair of goals to lead the Hounds to a 4-1 victory against Birmingham Legion FC that extended the club’s winning streak to three games.

M – Tyler Pasher, Indy Eleven: Pasher scored in both of Indy’s contests in the past week, including the opener in a 3-0 win against Birmingham Legion FC, and completed 51 of 60 passes overall across both games.

M – Seth Casiple, Reno 1868 FC: Casiple had a goal and assist as Reno took victories on the road in Portland and at home against Sacramento while also recording eight key passes and 19 recoveries across the two games.

F – Christian Sorto, Loudoun United FC: Sorto scored a pair of goals on his professional debut, completed 8 of 10 passes and won 5 of 6 duels after coming on as a substitute in Loudoun’s 2-1 victory on Friday night against ATL UTD 2.