THE BOLD REGISTER THEIR LARGEST WIN IN FRANCHISE HISTORY 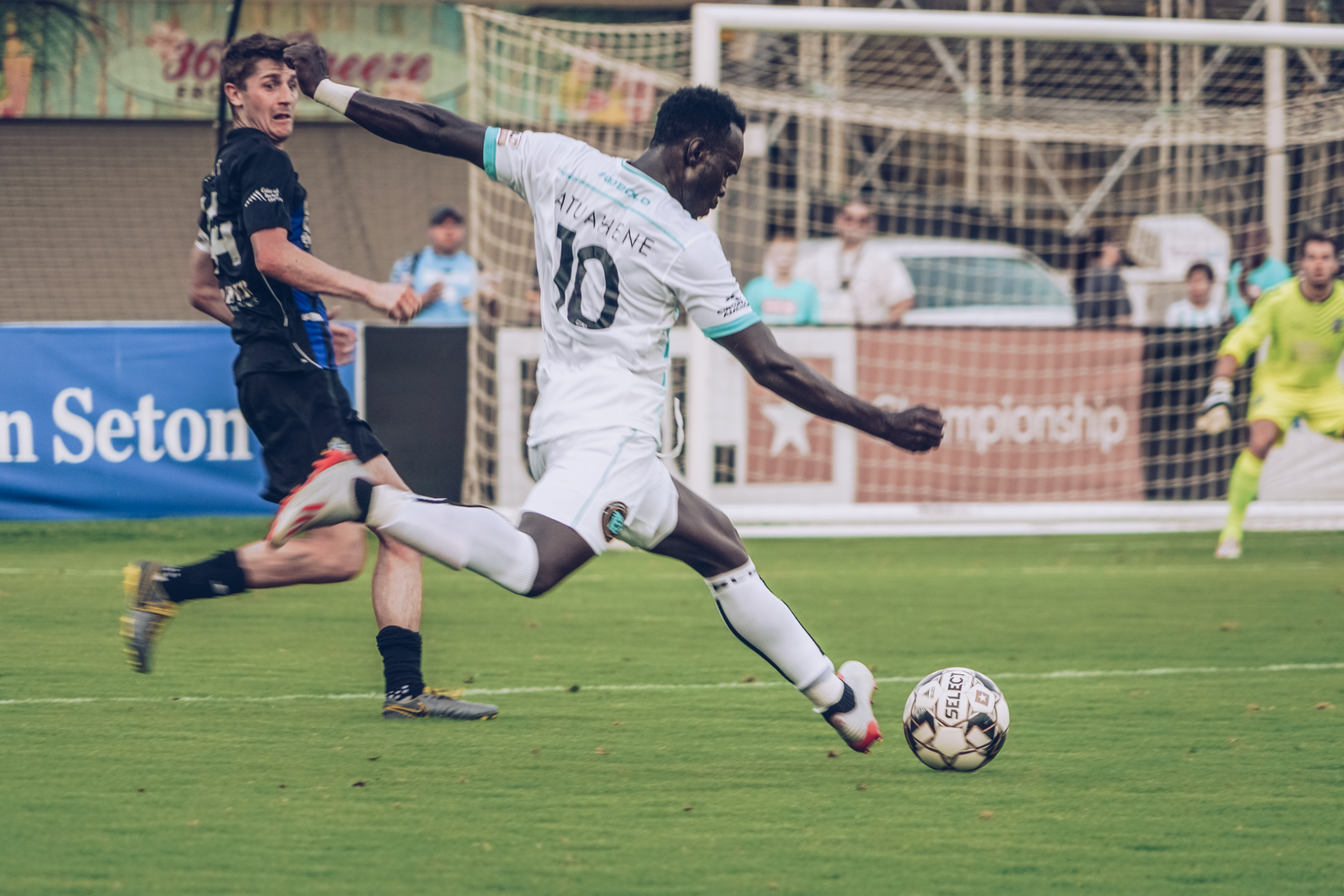 Austin, TX (June 29,2019) Austin Bold FC defeated Colorado Springs Switchbacks FC 5-0 at Bold Stadium in Austin, TX on Saturday night. First half goals from Andre Lima and Francis Atuahene gave the home team a 3-0 lead. Xavi Baez and an own goal from Jordan Burt helped The Bold register their largest win in franchise history. The win temporarily pushes Austin's Own into sixth place in the USL Championship Western Conference. Lima's brace takes the Brazilian's tally to ten in all competition, and Atuahene's goal was his first for The Bold since joining on loan from FC Dallas.

Lima helped The Bold get on the scoresheet early in the 13'. The Brazilian striker knocked down a long ball from Baez. The quick interplay between Lima, Sonny Guadarrama, and Kleber opened up Lima to tee up a long distance right footed shot into the bottom right corner of Switchbacks goalkeeper Andre Rawls' goal. Seven minutes later, Lima doubled his tally with an unmarked header from a Josue Soto cross.

Atuahene scored his first goal for The Bold since joining on loan from FC Dallas in the 28' with a long-range effort that curled past an outstretched Rawls and into the side netting.

Baez extended The Bold's lead five minutes into the second half from a corner kick opportunity. Guadarrama played it short to Atuahene, who laid it off to Baez. The Bold midfielder rocketed home his shot from 20-yards out. This goal was Baez's first in USL Championship play; his other came against Houston Dynamo in the Lamar Hunt U.S. Open Cup.

The visiting team's night got worse in the 56' when Switchbacks defender Burt turned Guadarrama's cross into his net for an own goal. The Bold finished the match 5-0 in front of 2413 fans at Bold Stadium.

"We've been able to have the balance between both offense and defense. That is what we always try to achieve. Those two games, RGV and Colorado, the players and the coaching staff agreed on making these two games as consistent as we could on both sides of the ball. I want to congratulate the players on their performances."

Austin's Own travels to San Antonio to take on San Antonio FC on July 3rd at Toyota Field in the third meeting between the two clubs. The Bold won in the two previous matches at Bold Stadium.

The Bold is back home on Saturday, July 13th at 7:30 PM CT against Orange County SC. Get your tickets here to cheer on The Bold!