THE BOLD END INAUGURAL U.S. OPEN CUP IN FOURTH ROUND 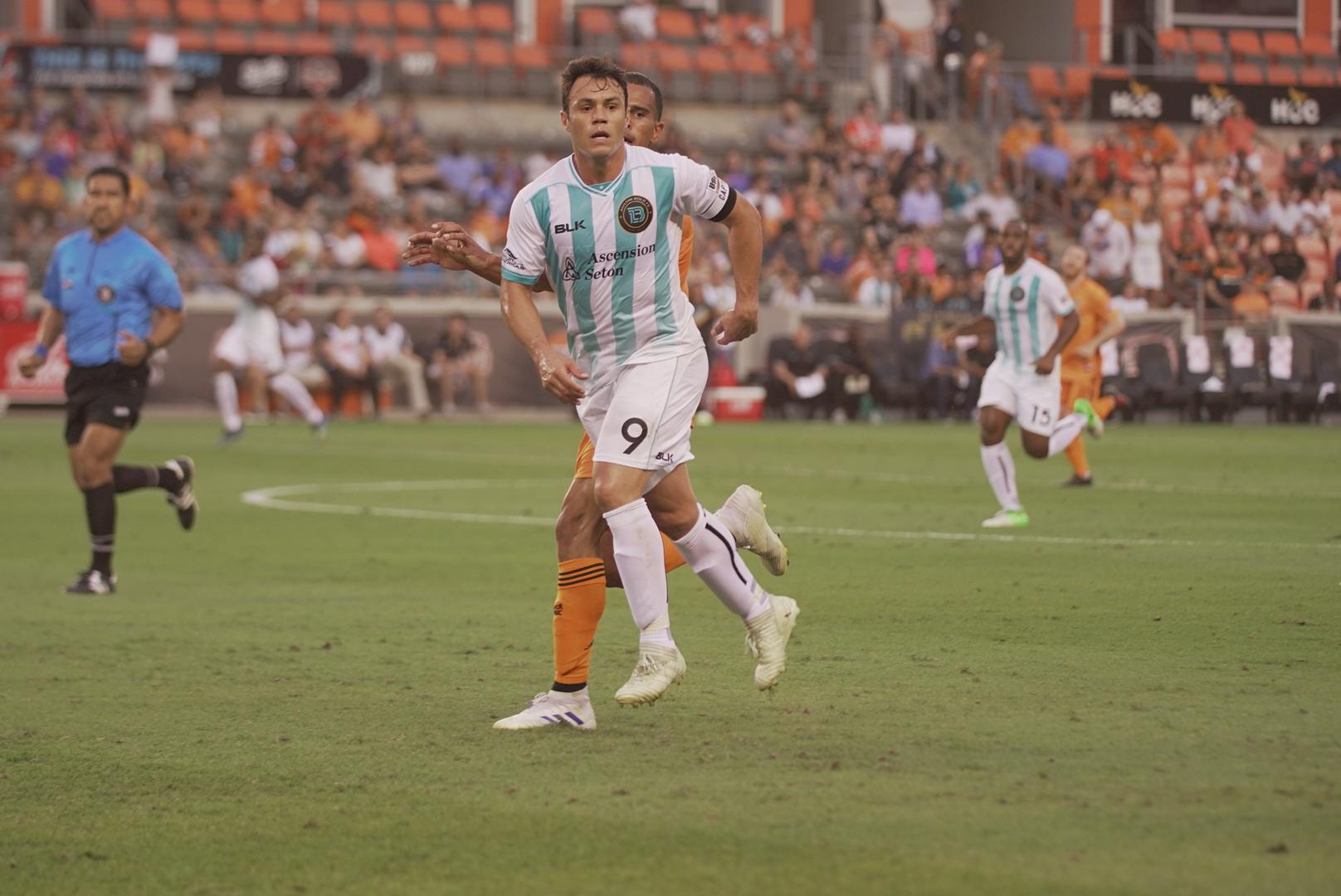 Austin, TX (June 11, 2019) Austin Bold FC fell to Houston Dynamo 3-2 at BBVA Compass Stadium in Houston, TX on Tuesday night in the fourth round of the Lamar Hunt U.S. Open Cup. First half goals from Tomas Martinez, Ronaldo Pena, and Matias Vera put the home side out to an early lead. The Bold stormed back in the second half to cut their deficit by one goal through Xavi Baez and Promise Isaac.  The visitors continued putting pressure on Houston but couldn't find an equalizer and ended their U.S. Open Cup run. Houston Dynamo continues their title defense into the fifth round of the knockout tournament.

Houston Dynamo got out to an early lead through Tomas Martinez in the 14'. Houston midfielder Vera created space in The Bold box and laid the ball off to Marlon Hairston. The Austin defense blocked Hairston's attempt, but the deflected shot set up Martinez to rocket a left-footed effort past Bold goalkeeper Diego Restrepo.

The home side doubled their lead in 31' with a Pena goal. DeMarcus Beasley slipped a through ball by two Bold defenders to find Martinez's angled run. The midfielder sent it back across goal for Pena to bang it off the crossbar and over the line. Vera's 40' goal extended the Houston Dynamo lead to 3-0. A clever give and go with Pena gave the Argentian midfielder time to power home his shot.

The Bold started the second half strong with a 48' goal. Xavi Baez's outside the box freekick took a slight deflection off Houston's defensive wall and wrong-footed Dynamo goalkeeper Tyler Deric to make the scoreline 3-1.

Austin quickly got their second in the 58' through Isaac. Chris Duvall cleared Sonny Guadarrama's lofted ball to Andre Lima. The Houston defender's clearance set up second half substitute Demar Phillips for a long distance shot. Deric did well to make the save but deflected the ball into an onrushing Isaac to put away the rebound.

Austin Bold FC searched for an equalizer but couldn't find the goal to send the match into extra time. The 3-2 result ended the first year franchise's inaugural U.S. Open Cup run. The 2018 champions advance to the fifth round to continue their title defense.

Austin Bold FC Head Coach Marcelo Serrano spoke on the tactical changes made at halftime after going down 3-0 in the first half.

Austin's Own is back at Bold Stadium Saturday night in league play against Tacoma Defiance at 7:30 PM.  The Bold partnered with Down Syndrome Association of Central Texas for Down Syndrome Awareness Night.

Come out to Bold Stadium to cheer on The Bold!

Get your tickets here!