GOALS FROM KLEBER, SONNY GUADARRAMA, AND ANDRE LIMA SEND ABFC TO 4TH ROUND 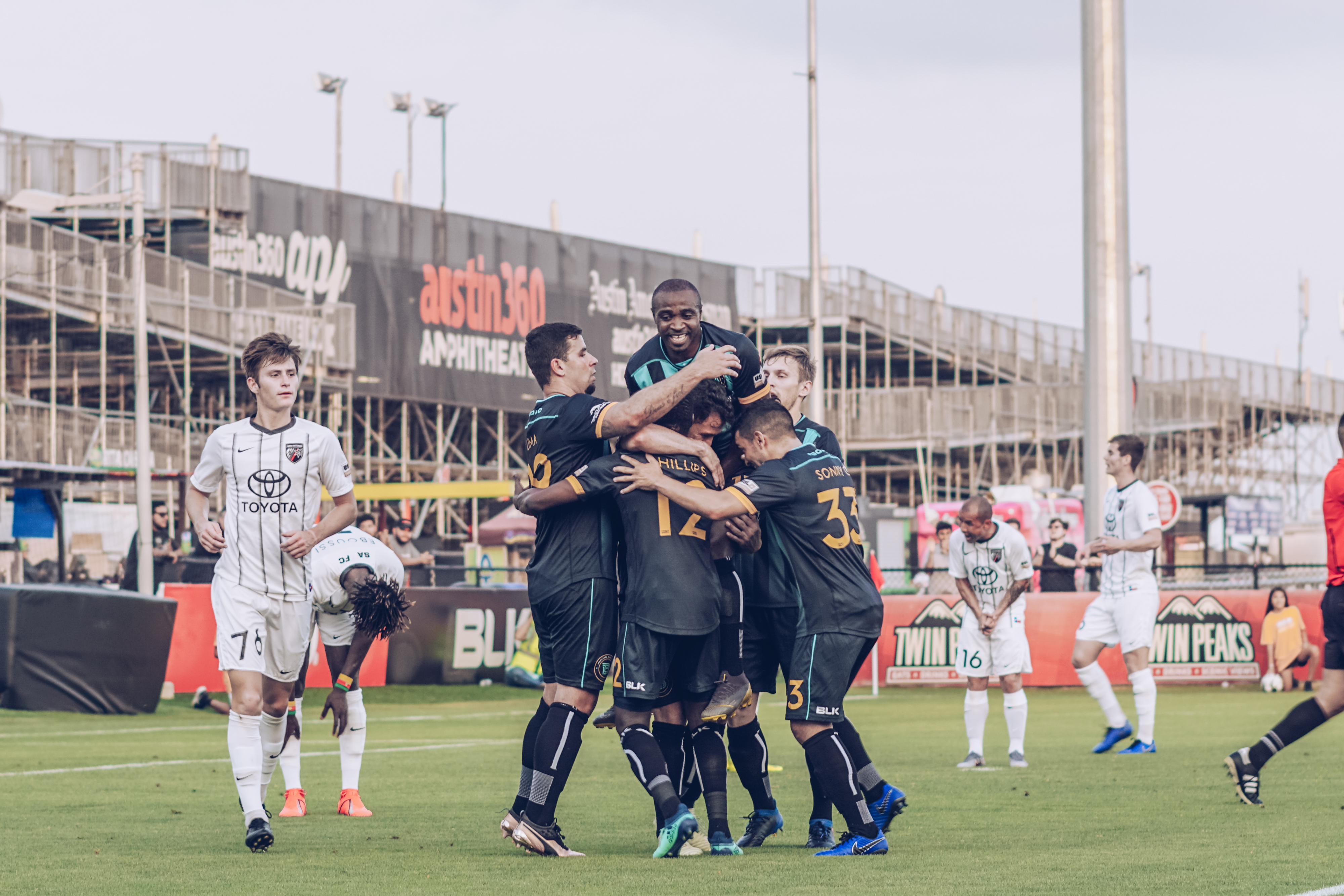 Austin, TX (May 30, 2019) Austin Bold FC defeated local rivals San Antonio FC 4-2 at Bold Stadium in Austin, TX in the 3rd round of the Lamar Hunt U.S. Open Cup. Goals from Kleber, Sonny Guadarrama, and Andre Lima helped the home side continue in the knockout tournament.

Austin Bold FC got on the scoresheet early with a beautiful side volley by Kleber in the 10’. Fullback Sean McFarlane’s tricky play gave him time to find Guadarrama at the top of the box. The Austin local chipped the San Antonio defense to find the run of Kleber. The Brazilian cushioned the ball off his chest to set himself up to power home a side volley and put The Bold up 1-0.

The Bold doubled their lead in the 39’. Referee Marco Vega awarded the home side a penalty for a handball on San Antonio FC player Rafael Castillo. Lima took the kick, but goalkeeper Jonathan Viscosi deflected his shot. The ball landed to an onrushing Guadarrama, who tapped home the rebound for his second goal of the tournament.

It didn’t take long for Lima to get his goal for the night. The striker added to his season tally in the 43’ from a setpiece opportunity. Guadarrama delivered a perfect curling freekick to find Lima at the back post to redirect the ball into the back of the net and extend the home side’s lead to 3-0. San Antonio FC responded quickly with a 44’ goal by Walter Restrepo. Bold goalkeeper Diego Restrepo did well to palm away a shot from Bradford Jamieson, but the sent the ball into the path of Restrepo who snuck it in at the near post to cut down Austin’s lead.

Marcelo Serrano’s men didn’t waste any time in the second half to restore their three-goal lead. Smart linkup play by Guadarrama and Promise Isaac helped Isaac find dangerous space in the box. His low cross to Lima set the striker up get his second of the night in the 62’.

The match’s stoppage-time produced late drama. The Bold were rewarded a second penalty for a clumsy challenge on Isaac. Viscosi saved Clayton Adams’ attempt. San Antonio FC got a consolation goal in the 90+3’ through a Jack Barmby chip, but it was too little too late for the away team to muster a comeback.

Austin Bold FC will play MLS side Houston Dynamo in Houston, TX in the 4th round of the Lamar Hunt U.S. Open Cup. Date and time of the match will be determined later. Tickets are available for all Austin Bold FC matches here or by calling (512) 872-8700.

The Bold are back home June 8 against Portland Timbers 2 for our Pride Night in partnership with Austin Pride. Tickets are available for this match and all upcoming Austin Bold FC matches at www.AustinBoldFC.com/tickets or by calling (512) 872-8700.