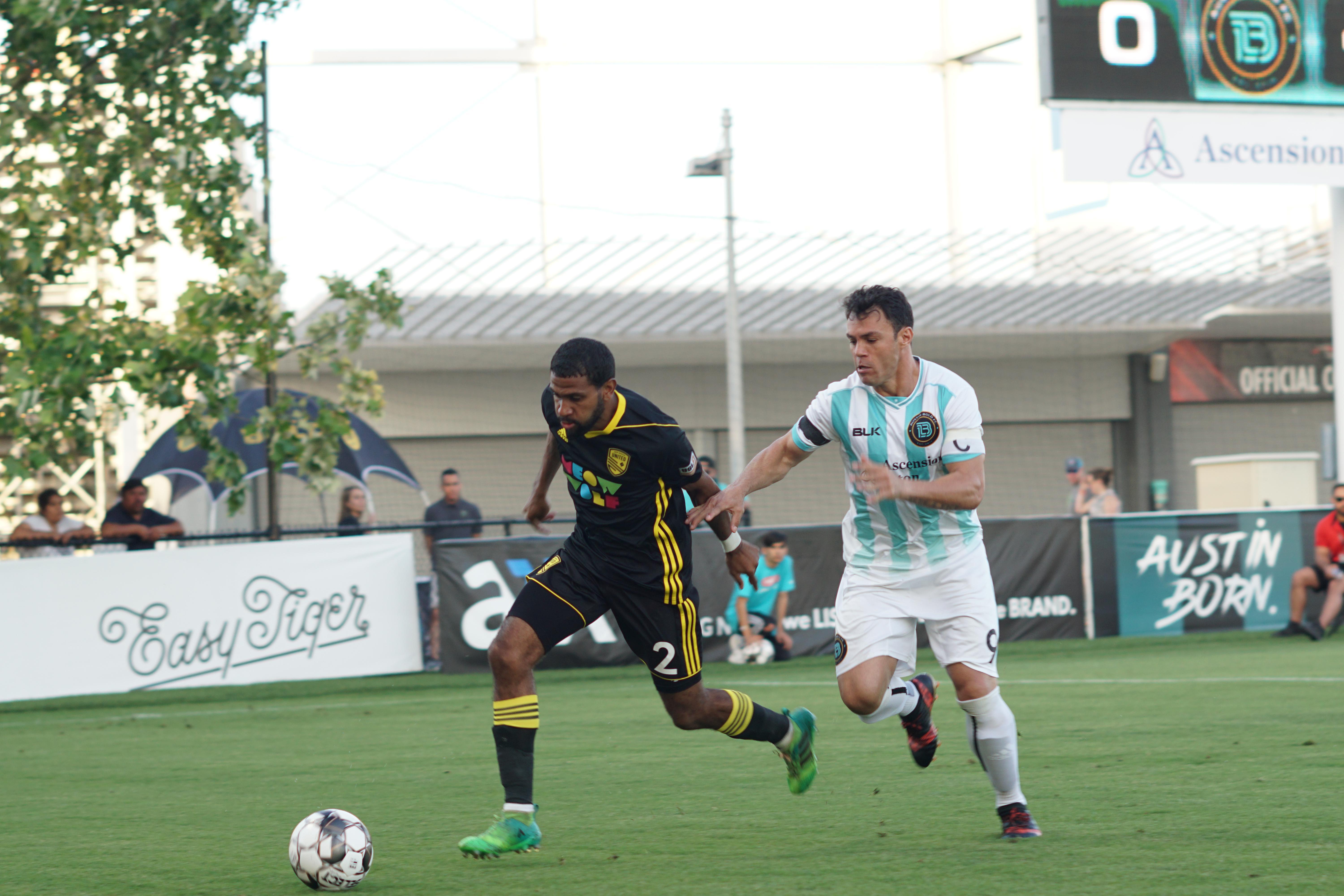 Austin, TX (May 26, 2019) Austin Bold FC fell to New Mexico United 1-3 at Bold Stadium in Austin, TX. Saturday night's loss was the first defeat at their home venue since the start of the 2019 USL Championship season. Bold midfielder Promise Isaac scored his first of the season, but two goals from New Mexico United winger Santi Moar and an Austin Bold FC own goal were too much for The Bold.

For most of the first half, clear cut chances for both sides were limited. Referee Matt Franz called a tight game which hampered each club from finding their offensive rhythms. New Mexico United struck first through an own goal attributed to Amobi Okugo. Moar found himself with space to run in Austin's half and attacked The Bold backline. His low hard cross in the box ricocheted off Okugo and into the back of the net to put the visitors in the lead in 29'.

Austin Bold FC responded well, creating multiple scoring chances. The home team broke through in the 55'. Bold fullback Sean McFarlane delivered an inch-perfect lofted ball to a leaping Isaac who headed home the goal to bring the game level. The goal was the Nigerian's first of the 2019 USL Championship season.

The 1-1 scoreline didn't last long. New Mexico United pulled ahead once again through a Moar freekick in the 62'. The Spaniard's ball skimmed off the defense's wall which wrong-footed goalkeeper Juan David Ramirez. The Bold's search for a second equalizer was made more difficult due to a red card for Fabien Garcia in the 72'. The defender's feet tangled up with David Estrada to bring him down. The tackle resulted in a straight red card from Franz because of Garcia's status as the last defender. The Bold was reduced to 10 men.

The visiting team added one more goal through Moar in the 88'. A Bold turnover at the center circle gave New Mexico United striker Devon Sandoval time to find a streaking Moar. The winger's pace was too much for the tiring defenders as he got his second goal of the game with a clinical angled shot to the far post. New Mexico United increased their unbeaten streak to five and broke Austin Bold FC's home unbeaten record.

Despite the defeat, Okugo complimented his teammates’ resilience after New Mexico United’s first goal but lamented a slow start.

“They went up a goal, which woke us up and put the pressure on us. We responded well be getting a goal. Then they scored a nice free kick. I think after that we tried to push for the game. They are good team that plays with possession and got a goal on the counter attack. We are obviously good at home, we just need to start that way we did after their first goal.”

Next up, Austin Bold FC take on local I-35 rivals San Antonio FC Wednesday at 7:30 PM at Bold Stadium in the 3rd round of the Lamar Hunt U.S. Open Cup. The two Texas clubs last met in Austin, where the home side won 1-0. Purchase tickets here to cheer on The Bold in person.